Nepal, also known as the himalayan Kingdom due to it’s dominance in the Himalayas in world. Nepal is known for Mt. Everest (highest point on earth), as birth place of Lord buddha and many other cultural, historical and natural factors that is enough to amaze anyone travelling here. We will like to share some info on Nepal:

Nepal is a small landlocked country, an underdeveloped country between the two biggest countries in the world. With China in it’s north and India on it’s south, Nepal really is dominated by these two great nation in many ways. Nepal has been through several ups and downs till this day and the political situation is still not a pleasant road after the end of long years of civil war with the Maoists rebel and the centuries of rule of Shah kings ended some years ago. The new constitution is on the process of being re written to meet more to the needs and expectations of the people but it’s taking too long.. More about Nepal

Despite the ups and downs and instability, tourism has always been good enough in Nepal, also being the backbone of the country’s economy, many lives depend in this field so, it must be good in any case for Nepal. Nepal is a perfect place or even can be said a heaven for the trekkers and mountaineers. With 8 of the worlds highest peaks and from east to west bordered by the Himalayas, Nepal is the perfect Himalayan Kingdom and great travel destination. Nepal has the world’s highest point Sagarmatha (Mt. Everest 8848m) and many other 8000meter peaks.

Everest region with Mt. Everest at back Ground

Nepal has many beautiful places, mountains, villages and national parks for trekking with rewarding views of the Green valleys, Rivers and snow capped mountains. Nepal even has dry areas that are similar to Tibet with same Tibetan people and even more preserved Tibetan culture than in Tibet itself. Nepal is a small wonder, small country with the highest diversity possible from the 60m to 8848 meter highest point on earth. And Nepal has the highest diversity in the shortest distance in the whole world. Nepal is the famous destination for trekkers from all around the world, the high mountains have some the best trekking routes in the world…

camping in Dolpo near the beautiful Phoksundo lake 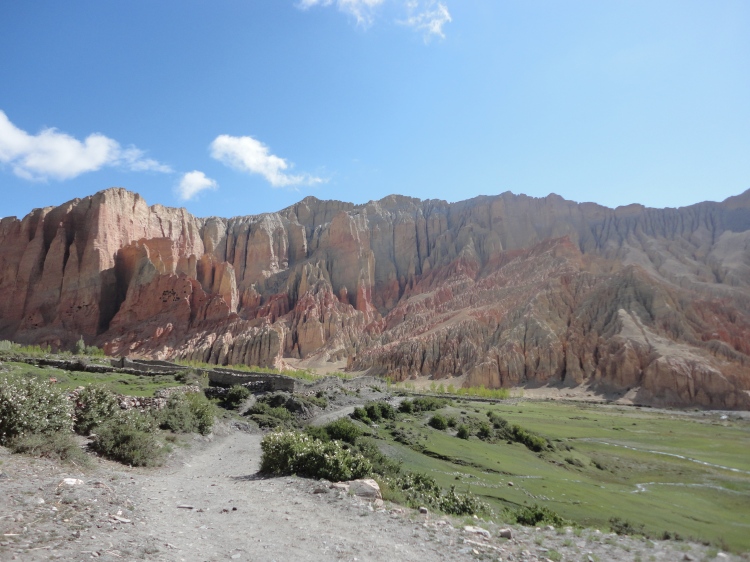 A Glimse from Mustang

Adventure Geo Treks is an environmentally conscious adventure and cultural travel organization based in Nepal, With experience of more than 25 years, specializing in all kind of treks, travels and Adventures around the Himalayas of Nepal, Tibet, Bhutan and India. A Truly dedicated company for the satisfaction of it's customers with the best possible service in the best reasonable price. One of the quick rising companies of Nepal.
View all posts by AGTreks »
Machhapuchre Model Trek »