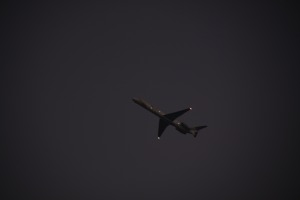 Uncertain land transport and frequent strikes create air traffic in Nepal’s sky by domestic air as Nepalese have no more alternate rather than selecting air transport.
According to the analysis of first eight months’ data of 2009 released by the Tribhuwan International Airport (TIA), passengers in the domestic aviation have increased by about 40 percent. In the first eight months of this year, 827,315 domestic passengers took flights to reach their destinations compared to 592,748 during the same period last year. The growth in the number of domestic passengers has been attributed to growing competition among the airlines prompting them to decrement their air fare by 30-40 percent.
The number of air passengers had also grown to 1,036,586 in 2008 against 916,429 in 2007, according to the Flight Permission Section (FPS) of TIA. This figure represents air passengers of 13 different airline and helicopter services. The number of passengers had declined in 2006 with their number at 882,717 down from 1,110,923 in 2005.
The rise in commercial flight movement is another reason why passengers’ numbers has significantly increased. The commercial flight movement in the first eight month of 2009 has reached 44,586 compared to 41697 of the same period last year.

During 2008, total number of flight movements (17 commercial and four non-commercials) was recorded at 69,286. This number was at 61,291 in 2006 and 68,704 in 2005. Currently, 14 commercial airline and helicopter companies are operating in the domestic sky. Pramod Pandey, marketing manager at Agni Air said that passengers’ movement in his airlines has increased by 30-40 percent during this period. “Domestic occupancy has increased by 90 percent,” said Pandey.

According to Rupesh Joshi, marketing manager of Buddha Air, there has been a drastic increase in the number of passengers this year. “Competition amongst the airlines has lowered the air fare by almost 45 percent,” said Joshi. Joshi said that Buddha’s airfare for Kathmandu-Biratnagar route had been decreased to almost 45 percent. The total passengers flying by Buddha Air until October reached about 460,000 against 300,000 during the same period last year. According to Joshi, the number of domestic passengers has increased by about 15-20 per cent and the foreigners by about 8-9 percent.

According to Pandey, foreigners’ occupancy in small aircrafts saw an increase of 20 percent in October this year. “We received 6,500 foreigners this October compared to 4,500 in the same month last year,” he said. Raj Bahadur Maharjan, manager at the FPS at the TIA said that rise in the domestic flights has caused jamming in air traffic and parking.

Adventure Geo Treks is an environmentally conscious adventure and cultural travel organization based in Nepal, With experience of more than 25 years, specializing in all kind of treks, travels and Adventures around the Himalayas of Nepal, Tibet, Bhutan and India. A Truly dedicated company for the satisfaction of it's customers with the best possible service in the best reasonable price. One of the quick rising companies of Nepal.
View all posts by AGTreks »
« What to do in Nepal?
Trekking permit fees for Trekking in Nepal »