Adventure Geo Treks is an environmentally conscious adventure and cultural travel organization based in Nepal, With experience of more than 25 years, specializing in all kind of treks, travels and Adventures around the Himalayas of Nepal, Tibet, Bhutan and India. A Truly dedicated company for the satisfaction of it's customers with the best possible service in the best reasonable price. One of the quick rising companies of Nepal.
AGTreks has written 20 posts for The Far East Himalayas

Nepal contains most part of the Himalayas, the highest mountain range in the world. Eight of the fourteen 8000 ‘ders are located in the country. Some of the famous ones are listed below with their information.

Trekking Permit:
The Department of Immigration located at IMPACT Building, Maitighar, Kathmandu (Tel 4223590) issues permit for tourists who intend to trek on any part of the country. Trekking permits are as follows.

Trekking Permit:
A trekking permit is a must to visit restricted areas mentioned below. To visit normal trekking areas, no permission is required through immigration department but other organizations or departments might have to be concerned according to the place of trekking.

Restricted Areas Which Have Been Opened For Group Trekking:
The following restricted areas are open only for group trekkers. And a trekking permit will not be issued to individual trekkers for such areas. The areas and required fees are as follows:

6 Rasuwa District :- Thuman and Timure Per week per person US$ 10, Or equivalent convertible foreign currency.

10 Mugu District:- Areas of Mugu, Dolpu, Pulu and Bhangri. For the first 7 days per person US $90 and After 7 days per day per person Us$15 Or equivalent convertible foreign currency.

11 Baihang District:-Areas of Kanda, Saipal, Dhuli. For the first 7 days per person US $90 and After 7 days per day per person Us$15 Or equivalent convertible foreign currency.

12 Darchula District:- Areas of Byas Village Development Committee. For the first 7 days per person US $90 and After 7 days per day per person Us$15 Or equivalent convertible foreign currency.

Note:
a. To get a group trekking permit an application form with other relevant documents should be submitted through any registered trekking agency of Nepal.
b. Trekking fee can be paid in Nepalese currency: Notwithstanding anything written in above, the Indian citizen can pay in Nepalese currency equivalent to US Dollars.

Uncertain land transport and frequent strikes create air traffic in Nepal’s sky by domestic air as Nepalese have no more alternate rather than selecting air transport.
According to the analysis of first eight months’ data of 2009 released by the Tribhuwan International Airport (TIA), passengers in the domestic aviation have increased by about 40 percent. In the first eight months of this year, 827,315 domestic passengers took flights to reach their destinations compared to 592,748 during the same period last year. The growth in the number of domestic passengers has been attributed to growing competition among the airlines prompting them to decrement their air fare by 30-40 percent.
The number of air passengers had also grown to 1,036,586 in 2008 against 916,429 in 2007, according to the Flight Permission Section (FPS) of TIA. This figure represents air passengers of 13 different airline and helicopter services. The number of passengers had declined in 2006 with their number at 882,717 down from 1,110,923 in 2005.
The rise in commercial flight movement is another reason why passengers’ numbers has significantly increased. The commercial flight movement in the first eight month of 2009 has reached 44,586 compared to 41697 of the same period last year.

During 2008, total number of flight movements (17 commercial and four non-commercials) was recorded at 69,286. This number was at 61,291 in 2006 and 68,704 in 2005. Currently, 14 commercial airline and helicopter companies are operating in the domestic sky. Pramod Pandey, marketing manager at Agni Air said that passengers’ movement in his airlines has increased by 30-40 percent during this period. “Domestic occupancy has increased by 90 percent,” said Pandey.

According to Rupesh Joshi, marketing manager of Buddha Air, there has been a drastic increase in the number of passengers this year. “Competition amongst the airlines has lowered the air fare by almost 45 percent,” said Joshi. Joshi said that Buddha’s airfare for Kathmandu-Biratnagar route had been decreased to almost 45 percent. The total passengers flying by Buddha Air until October reached about 460,000 against 300,000 during the same period last year. According to Joshi, the number of domestic passengers has increased by about 15-20 per cent and the foreigners by about 8-9 percent.

According to Pandey, foreigners’ occupancy in small aircrafts saw an increase of 20 percent in October this year. “We received 6,500 foreigners this October compared to 4,500 in the same month last year,” he said. Raj Bahadur Maharjan, manager at the FPS at the TIA said that rise in the domestic flights has caused jamming in air traffic and parking.

What to do in Nepal? 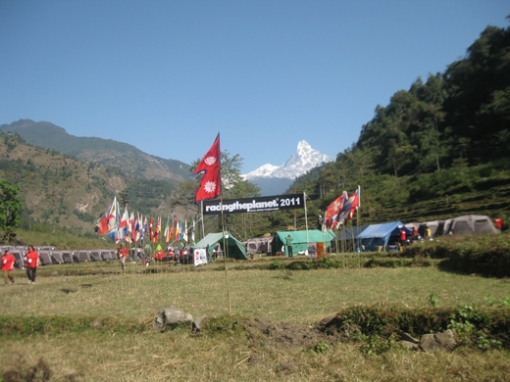 Fees to be levied while issuing tourist visa by the Mission or entry point:

Fees to be levied for renewal or regularization of tourist visa

Nepalese currency equivalent to 2 US dollars per day to renew the validity of tourist visa.
In case where request has also been made for the facility of multiple entry, just valid for the renewal period an additional amount in Nepalese currency equivalent to U. S. Dollars 20 to the fee as referred to in Clause (a).
In regularizing visa of any foreigner stayed without renewal of validity of the tourist visa, Nepalese currency equivalent 3 US dollars per day shall be levied in addition to the normal amount to be paid for renewal of the validity of visa as per these Regulations.
Foreigners, who have already been overstayed more than 150 days without renewing the tourist visa shall be levied the fees referred in clause 2(c) and penalty amount as referred to in section 10(4) of Immigration act in addition.
Not withstanding anything written in clause 2(a), the period of visa fee shall be levied, for the purpose to renew tourist visa for up to15 days if the visa be of a period less than 15 days and as referred to in clause 2(a) for more than this.